Located in the village of Villarrobledo, Albacete, it belongs to the third generation of a family in which, over a century, has been produced a unique wine, Laminio. Pampered in clay jars made by local artisans, the production of this wine continues a tradition that dates back to the 15th century and is immortalized in Don Quixote. 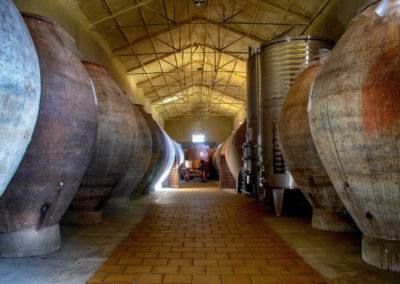 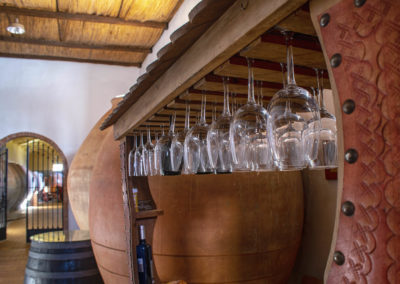 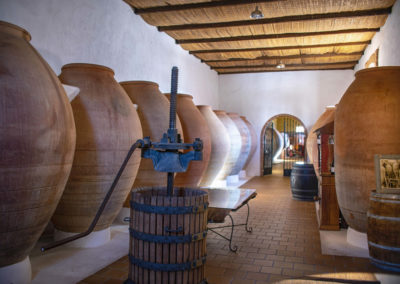 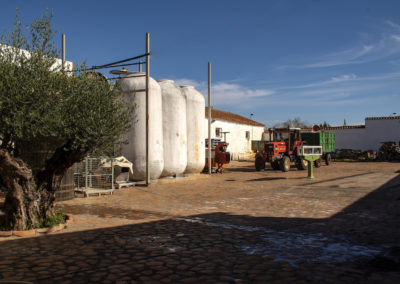 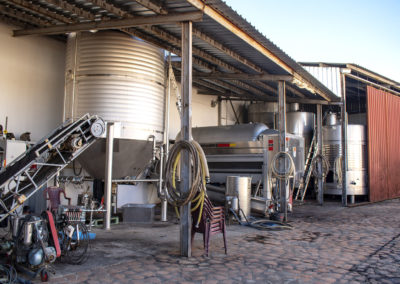 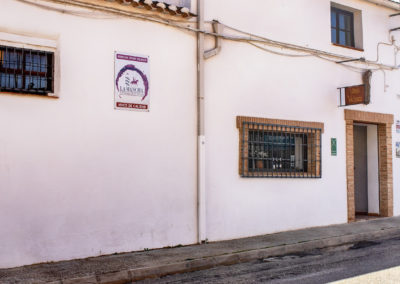 César Velasco Almodóvar takes over as the third generation, renewing part of the family vineyards incorporating new varietals. In 1995, it expanded its activity to include wine bottling and began the rehabilitation and modernization of the current winery, located on the city’s outskirts.

Of the one hundred and twenty wineries documented in Villarrobledo at the beginning of the 20th century, Bodegas César Velasco is the only one that continues to use huge clay jars, all of them more than a century old. It is in these jars where the wine from their vineyards sleeps and becomes a product as artisanal and unique as the winery from which it comes.

The small size of the winery, in addition to this marriage between tradition and modernity, or crafts and technology, allows it to specialize in the production of young varietal wines. Their raw material is harvested at the end of summer in Cutriviejo, a century-old farm that, since the first generation of the Velasco family, has offered a fruit that has been meticulously cared for since its very birth.

With the product of his vines, César obtains young wines, focusing on the most natural character of the grape, defending and enhancing primary aromas and flavours, which are not present in other types of more aged wines.

What to do at Bodegas César Velasco

The main activity is wine tourism. You can visit the winery and learn in detail about the production process. The oenologist will tell you some secrets and curiosities related to the elaboration and conservation of our wines in contact with the clay.

You can also visit the main jar’s building where 54 clay jars of 4,000 litres, handmade approximately two hundred years ago, sleep. They are the present testimony of an important wine industry that existed at the beginning of the last century and are still conserved intact and in use in this winery.
In this unique setting you can participate in a wine tasting from the winery. 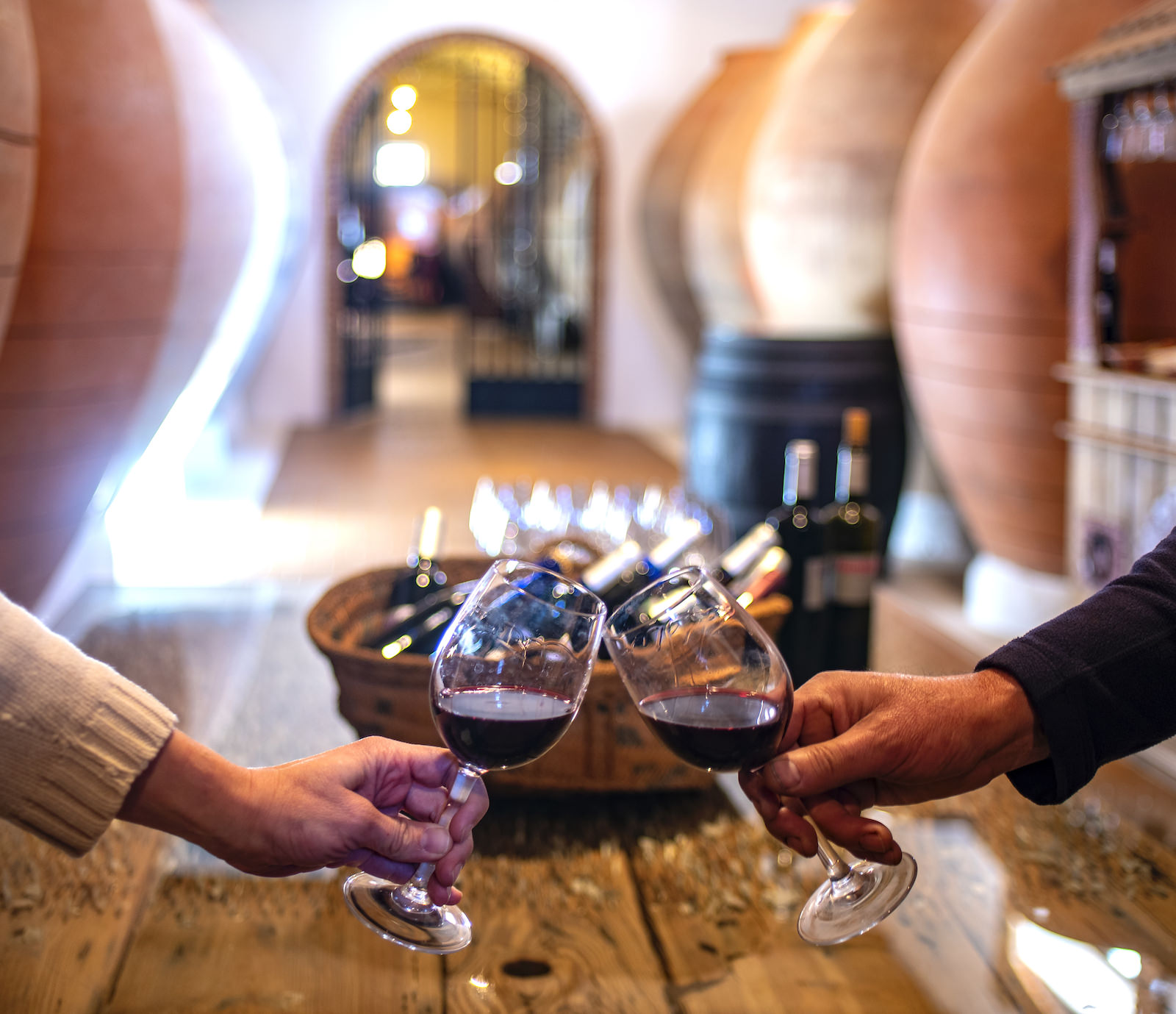 Guided tour where César, the oenologist, explains in detail the entire winemaking process from the moment the grapes are received from the Cutiviejo estate until the final wine is obtained. You will learn the difference in the production of white, red and rosé wines, all young and varietal wines, Orange wine, the whole process from planting, pruning, conduction and harvesting system.

All based on the different wines produced by the winery and depending on the period of the year, you will taste young wines, musts, fermenting musts, turbid wines, sparkling wines, etc.

The tastings are accompanied by some high-quality Manchego product, Manchego sheep’s cheese, carved tomatoes with extra virgin olive oil and you can even make an appointment to have some good Manchego porridge on request.

Other types of visits can be arranged, in which a contact is made in the vineyard, where it is described and taught how wine is obtained, a wine produced in the largest vineyard in the world, which is the one in Villarrobledo.

During the grape harvesting season, you can visit the estate and see the vineyards, the manual harvesting, the night-time harvesting…
Of great interest is to support the visit to the winery with the Villarrobledo pottery interpretation center, where the manufacturing process of the jars is explained in detail.