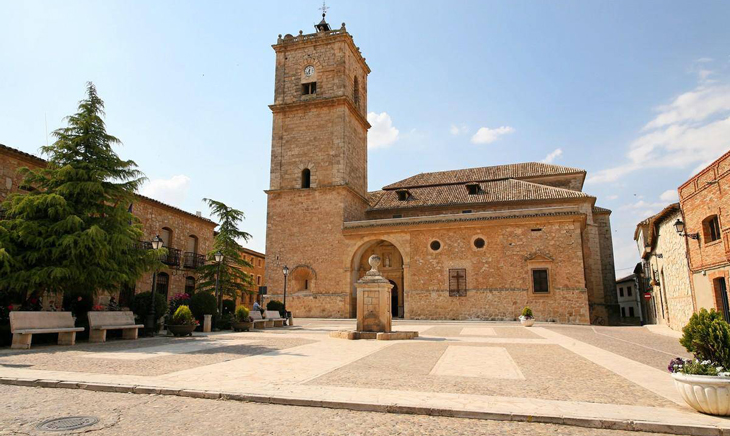 Discover this parish church. Its style belongs to the late Gothic period and it is dedicated to San Antonio Abad, patron saint of the people of El Toboso. The floor plan of this church is square with three equal naves, and the ribbed vault is late Gothic. Large cylindrical columns support it with intersecting ribs joining architectural and decorative functions.

On both sides of the choir, and on the columns of the central nave, we can see, in different medallions, the symbols of the church’s founders: the Order of Santiago, El Toboso belonged to this order.

In the 16th century, three sections were added: the main altar, the side altars and several chapels. In the chapel of the “hierros”, an image of Saint Augustine is preserved, whose polychrome wooden head belongs to the Castilian school of the 17th century.

The portals are Renaissance from the end of the 16th-century. The tower is from the same century and is composed of three levels: the first in the Plateresque style and the two upper ones in the Herrerian style. 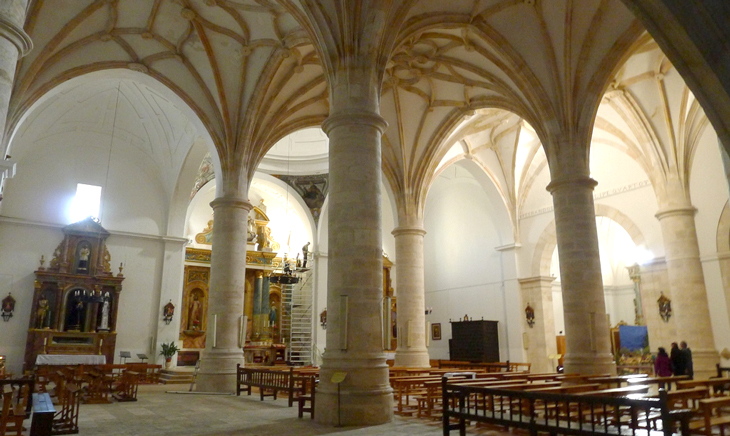 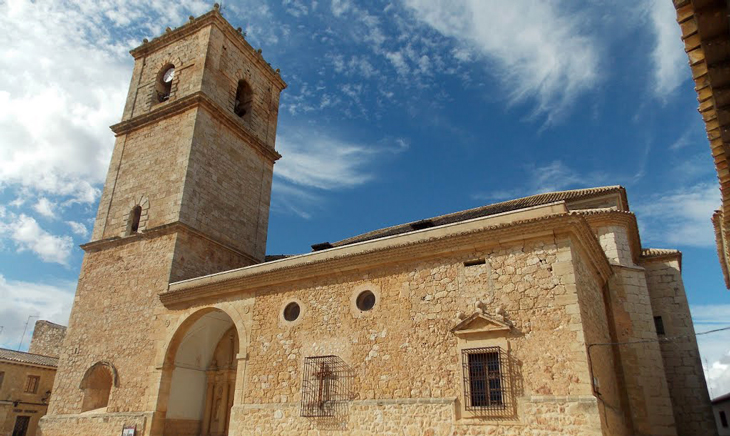 What to visit in El Toboso

Find out more about El Toboso