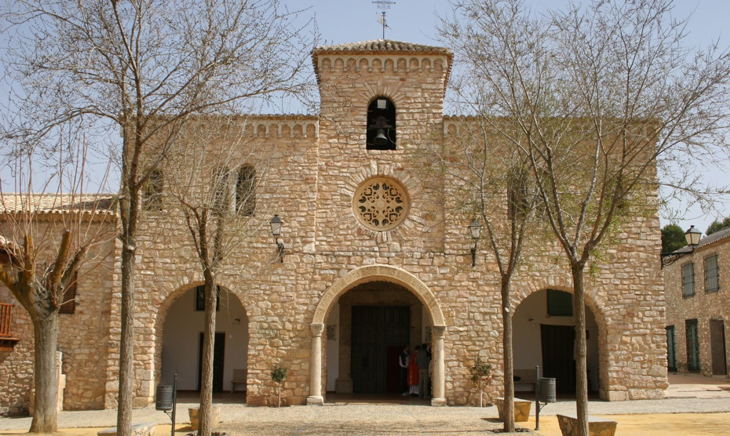 It is located 6 km. on the road that drives to Miguel Esteban. It has its origin in the church of the village of Villajos, which was depopulated at the end of the Middle Ages. In 1575 it is documented that it was under the patronage of Nuestra Señora de Villajos, whose figure was possibly the one discovered a few years ago inside one of its walls and which can be considered to date from around 1300 and to be of transitional Romanesque style.

The hermitage fell into decline until it was rebuilt around 1663 in the Baroque style to become the centre of worship for the image of the Cristo de Villajos, whose patron saint’s day was established in 1669. The exterior was remodelled in the early 1980s in an attempt to give it a supposed Romanesque style.

The interior is the most interesting part of the building. The longitudinal nave is covered with a barrel vault with lunettes and false windows. The transept nave has barrel vault sections at the ends; its central part is surmounted by a dome on pendentives. The front wall is flat and has an altarpiece that imitates the original baroque one destroyed in 1936. 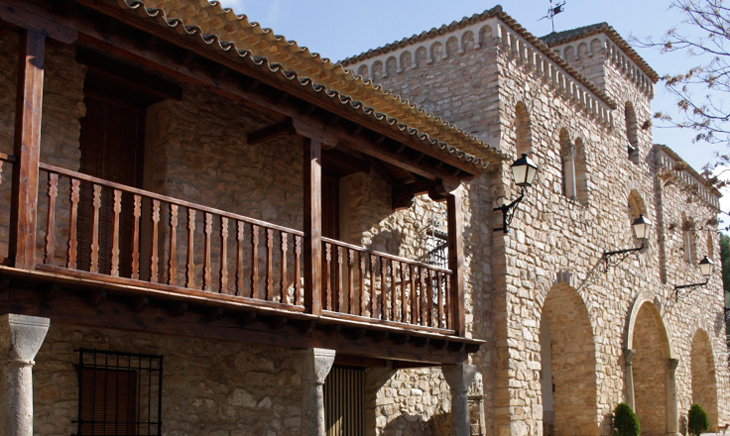 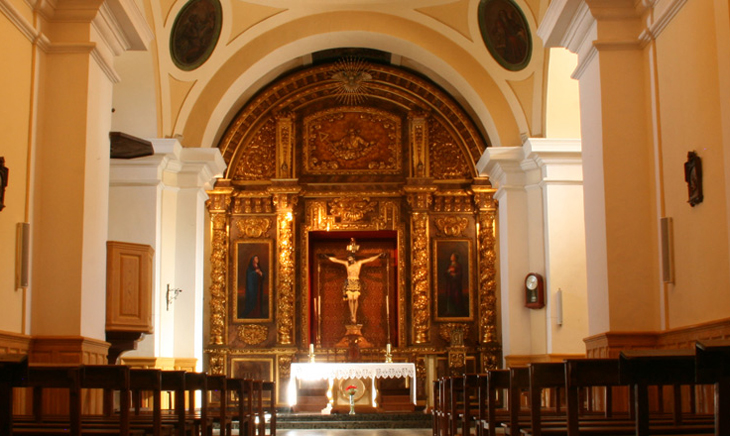