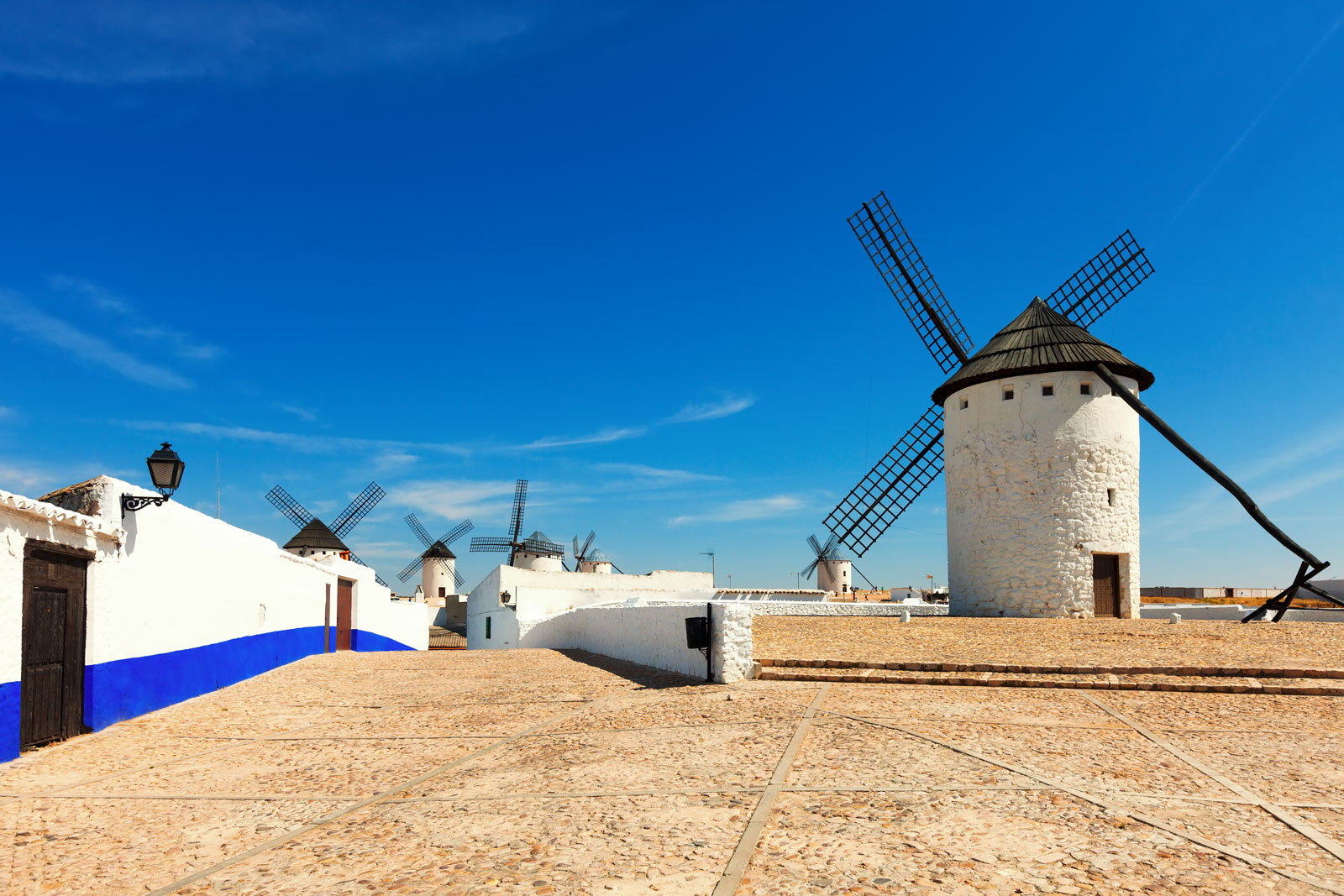 “There they discovered 30 or 40 windmills that are in that field…” The one in Criptana. Cervantes opened with these words the eighth chapter of Don Quixote, who mistook the windmills for giants to fight. He immortalised in literature this beautiful industrial heritage site and a Site of Cultural Interest, and spreads over the plateau the power of its image, which makes us all confuse it with that literary image.

They are tower mills, built in masonry and whitewashed with lime. They have a circular floor plan decorated with small windows, a guide for the orientation of the wind, which indicated which way to turn the conical roof so that its blades could take advantage of the wind at their convenience. They have three floors: the upper floor with the grinding stones and the lower floors for storage and packaging.

The windmills spread their blades and cast a net of shadow over our visit in the wide La Mancha sunshine. The old ones, Sardinero, Burleta and Infanto, rulers of time and stories, have been standing since the 16th century, conserving their original mechanism.

Traditional milling is the process of making flour from the crushed cereal, either for human consumption or as animal feed. The most commonly used cereals in this area are wheat, barley and grass peas, whose flour is used to make the traditional ‘gachas manchegas’ porridge.

The first grinding operation consists of positioning the blades facing the wind. To detect where the wind was coming from, the miller used to go up to the top floor of the mill and, through the small windows located on this floor, he could find out the direction of the prevailing wind at any moment. The blades dressed in their canvases were oriented towards the wind.

For this operation, the miller used a portable lathe that was fitted to each of the stone posts, called “hitos de amarre”, which are nailed to the ground around the mill. The winch called borriquillo had a chain that was attached to the end of the steering mast (the long bar used to turn the mechanism). In order to obtain the desired turn, all you had to do was to place the borriquillo on the successive mooring milestones and repeat the operation.

With the entire external mechanism in operation, the vertical movement of the shaft holding the blades was transformed into a horizontal one through the gearing of the larger wooden wheel, called the catalina wheel, with the smaller one, called the linterna, and passed directly to the stone through a shaft that connects the two.

The sacks of grain were carried up to the upper floor on the shoulders and emptied into the hopper (a wooden hopper placed for this purpose) and then gradually dropped from a wooden chute into the stones.

The movement of the upper rotating stone over the fixed lower one is what crushes the grain, which runs through small incisions made by hand. Once the grain has been milled, it falls down through a wooden chute to the intermediate floor, where the sacks are placed to be filled with flour. 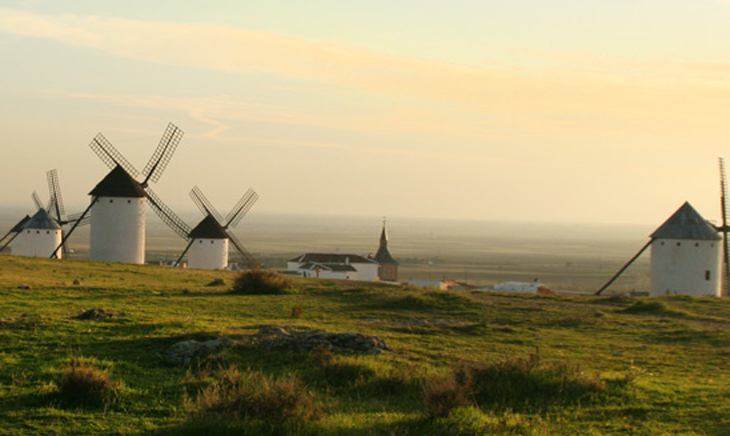 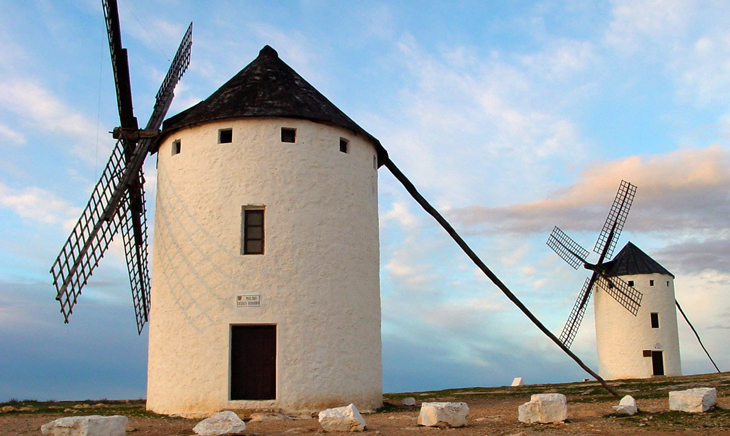