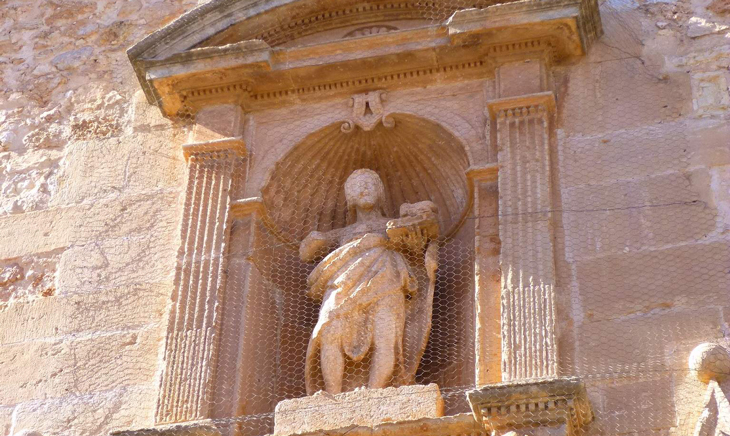 VILLARROBLEDO
The main façade of the church is a beautiful and simple portico in regular ashlar stone with plinths, a broken triangle pediment, a lintel containing the coat of arms of the donor’s family and flanked by two pinnacles. This portico is crowned by a niche containing a stone sculpture of San Juan, the patron saint of the church.
Inside, the church has a single nave in Renaissance style with a small transept, a dome and a semicircular apse occupied by a later altarpiece with the image of San Juan presiding over it. The walls are decorated with various paintings of historical and artistic interest, a large painting of San Juan Capistrano and a 17th-century painting of the Immaculate Conception painted on copper. The church also houses a small, highly venerated image of the Virgin, known as “La Virgen de la Teja”, which, according to tradition, put an end to a persistent drought that devastated the town.