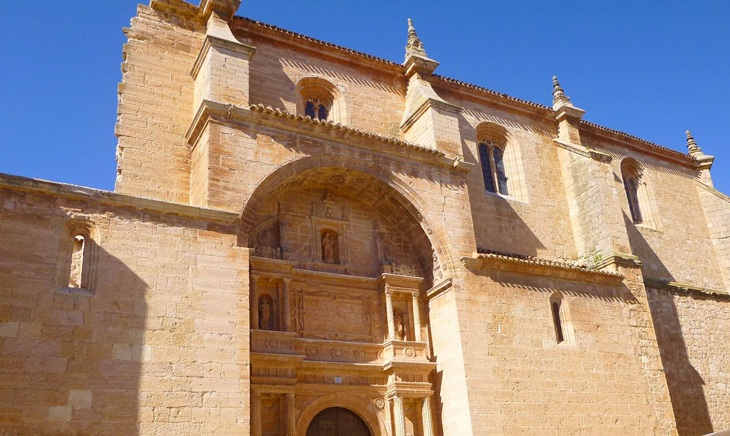 VILLARROBLEDO
The Iglesia de San Blas is an ambitious construction dating mostly from the 16th century, although there must have been a church dedicated to this saintly bishop at the end of the 14th or beginning of the 15th century. In the early years of the 16th century, that church would have become too small and in its place a large hall church with three naves of equal height began to be built.
A new three-section chancel was built and the first section was raised in the most refined Gothic style, with two magnificent free-standing fasciated pillars and their corresponding attached pillars, as well as the three corresponding vaults, with a rich and carefully designed star-shaped tracery with ligatures and curved curves in the best tradition of late Gothic; the two windows on the north and south sides are also in the same style.

Once this first section was completed, the work continued, but the criteria were changed; now, the pillars take on a classical Renaissance morphology; Thus, the following two sections were completed. The groined vaults were closed in the 17th century. From the previous old church, the solid tower is preserved, work from the end of the 15th century, with a decoration of balls on the eaves, and above all, a fine doorway with a very elongated opening, framed between two pinnacles with cardina decoration; the tympanum is decorated with fanciful curved lines of flamboyant tracery. 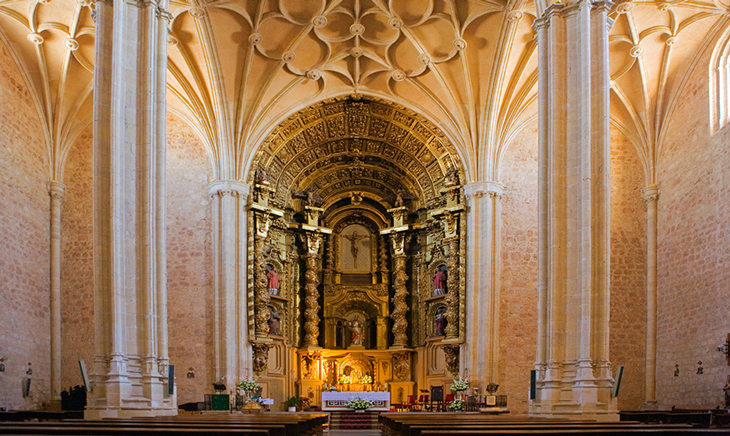 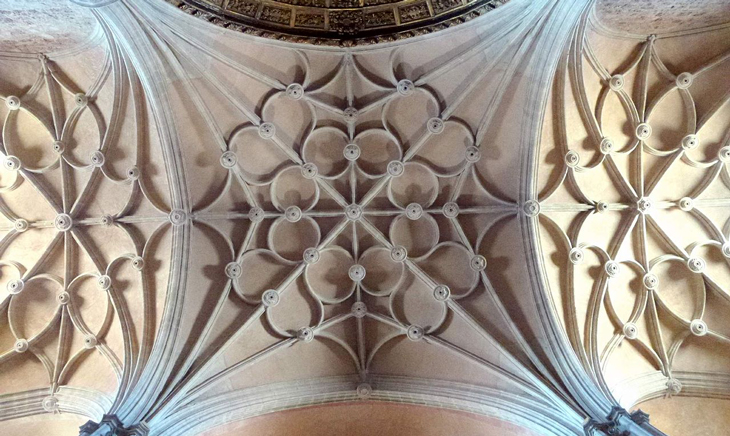