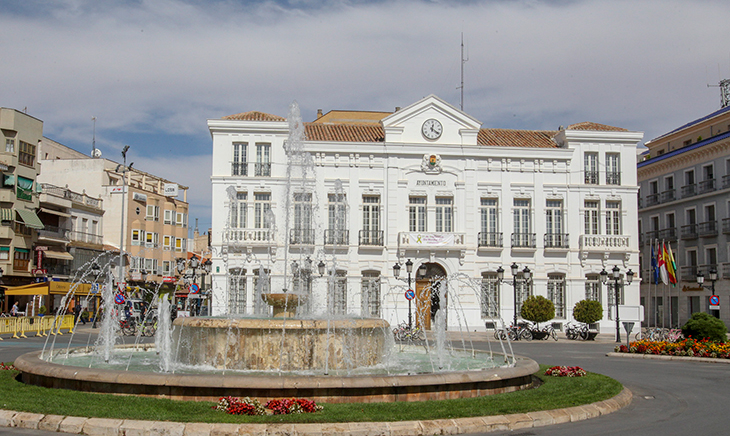 The town hall of Tomelloso is the seat of the town council. Its construction was completed in 1904, according to the design of the Albacete architect Francisco Manuel Martínez Villena, realised in 1901. The Town Hall, the Posada de los Portales and the Church of the Asunción de Nuestra Señora, convert the square into an emblematic landmark of the city.

The old Tomelloso Town Hall and the adjacent Casa Tercia were demolished for its construction. The new building occupied the site of these two old buildings as well as some metres taken from the square.

It was designed as a “modern” building, in the architect’s own words, where the town hall and the municipal court could be accommodated. Thus, in the interior, behind a staircase, was planned a spacious hall which ended in a staircase which bifurcated to the right and left, creating the perception of a backdrop, with a series of corridors and offices with high doors on each floor.

Originally, on the right, on the ground floor, there was the Mayor’s office, then the Secretary’s office, the Cashier’s room, the Guard’s room and the telephone room. On the main floor, which was used for official events, there was a meeting room, a commission room, a waiting room for the public and a tribune for guests, while the second floor was used for the archive. The other wing of the building, on the left, housed the courthouse, with its judge’s office, court room, offices and two cells for detainees.

The exterior has strong walls, made up of white pillars with corbels and mouldings, which are used to frame the 10 tall windows on the ground floor and the 12 windows on the first floor. In the Calle del Campo, we can find a door and 8 windows for its three levels, while on the façade facing the Rincón Inn it has 9 windows. 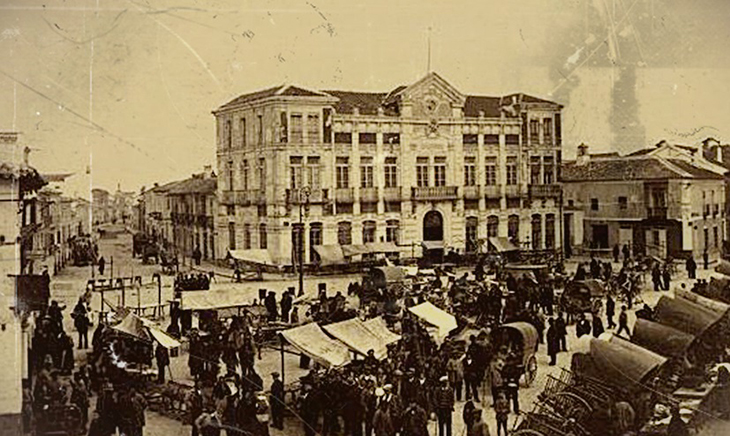